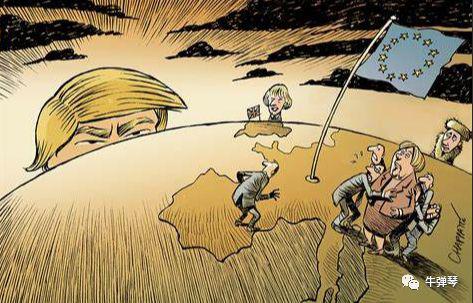 please explain “ego trip”, as in this passage:

it was not easy to change my way of thinking. i drove around in a big imported car for the sheer enjoyment of it—it was an ego trip. it took three years for me to trade my car for a modest model.

driving a big imported car was, in other words, an ego move (move as in a move in the game of chess, i.e. moving a piece from one position to another on the chess board).

it was a move to make the speaker feel important. other people drive big, expensive cars and they tend to be wealthy and important. so the speaker did the same in order to feel that way, to satisfy his own ego.

or for that matter because you drive a bus, or a train or a spaceship.

you are not superior to your fellow man or woman because of things like that.

i mean, you’re equal to your fellow man or woman, period.

anyways, we sometimes do things to enhance our ego and self-importance, and people call those activities ego trips. an ego trip can be a real trip, such as a trip to india following the footsteps of steve jobs, or just a metaphor.

more than once, i’ve heard alan watts on audio use the term in his lectures on oriental philosophies. according to watts (google or bing or baidu him, whichever you prefer – i mean whichever works), many people in the 1960s were swarming zen lecture rooms in america in order to show they were more spiritually aware. they bragged about, for example, how they could sit in the lotus position for hours on end even though doing so gave them great physical pain.

watts says he suspects that at least some of these sufferers were just on an ego trip believing they were gaining on spirituality by proving they could endure greater pain than others could.

all right, here are more examples of ego trip culled from recent media:

1. the establishment wing of the republican party never thought that donald trump would be elected president of the united states.

in fact, they never even believed that he would be even nominated.

to all of them he was just a political novice and opportunist looking for a political party; his desire for office was an ego trip. when he actually became the nominee the party establishment, i'm sure, thought by his behavior and antics that he would not only lose, but lose big.

when he won the general election (but lost the popular vote) the gop congressional leadership surmised that they could have their way with him. they would work around him. or best of all, let him play president and they would proceed to do their legislative business.

- will mcconnell and ryan put party over country in defense of trump? thehill.com, may 19, 2017.

2. frank gehry is probably the only living architect who is a household name, someone who is the subject of a documentary, who played himself on the simpsons who inspired a t-shirt line with his name after an expletive (one he has been known to wear himself).

john adams has won five grammy awards, a pulitzer prize, and for two decades has been widely regarded as one of the greatest living composers of classical music.

lucinda childs is a pioneering force in dance, whose simple yet intricate choreography became one of the dominant modes of dance for the last couple of decades, and someone who just last year was awarded the american dance festival’s prize for lifetime achievement.

but thirty-five years ago, they were little-known strivers, not even at the halfway point of their careers, when they came together to collaborate on a work that would become a landmark of performance art of the 1980’s.

called “available light,” the piece combined gehry’s stage design with music from adams and choreography from childs, and now will return to new york as part of lincoln center’s “mostly mozart” festival, thirty-five years after it debuted in los angeles.

in a series of phone interviews over the course of the last several weeks, gehry, adams and childs all have different memories of how the piece first came together, how they became aware of each other’s work in the days before they were megawatt artistic celebrities, before the prizes and the awards. (full disclosure: gehry is also the architect who designed the new york city headquarters of iac, parent company of the daily beast.)

the original idea for the collaboration wasn’t theirs; it was instead the brainchild of curators at what was then the temporary contemporary museum in los angeles, who suggested to childs that she enlist gehry and adams in her next dance project and that they use an empty warehouse for it. childs flew out to l.a from new york to meet with gehry, then an architect well-known on the west coast but less so elsewhere.

“there were all of these architects that had worked in the visual art world, who had worked in theater, and he had not,” childs recalled. “he said, ‘we have to get together. you should come out here so we can find something that works for us.’”

which is not how gehry remembers it. in a phone interview from his los angeles office, childs invited him out to new york, where he sat on the floor of her studio and watched her dance for over an hour.

“it was mesmerizing,” he recalled.

the piece was originally performed at former la police department garage; gehry created two levels for the colossal stage, and partially wrapped the stage with chain link fence. it was, he says now, “an act of defiance.”

“when i became an architect i became aware very quickly that the built world was being built in the most obscene and illiterate way and it was creating a chaotic environment. and since then it has only gotten worse. and people seem ok with it. and sometimes you get negative people who think if you express yourself it is an ego-trip. so they invent a term, what’s it called, a ‘starchitect.’ the press invented this term.”

3. one of the uk’s most wanted men has been told “i’m coming for you” by the former presenter of channel 4 show hunted.

former detective peter bleksley is setting out to find kevin parle, who has been on the run for 14 years, wanted for two separate murders.

he will begin his search on monday evening in liverpool, where 16-year-old liam kelly was shot in 2004 and 22-year-old mother-of-three lucy hargreaves was murdered the following year.

the families of parle’s alleged victims have refused to speak to mr bleksley and merseyside police have declined to assist with his investigation.

but he denied the manhunt was an “ego trip”, although he admitted he was planning to write a book about the case.

mr bleksley said: “quite frankly, i am on a journey and i don't exactly know where it’s going to take me.

“and i will of course, by the end of the process, have written a book.”

zhang xin is trainer at chinadaily.com.cn. he has been with china daily since 1988, when he graduated from beijing foreign studies university. write him at: zhangxin@chinadaily.com.cn, or raise a question for potential use in a future column.